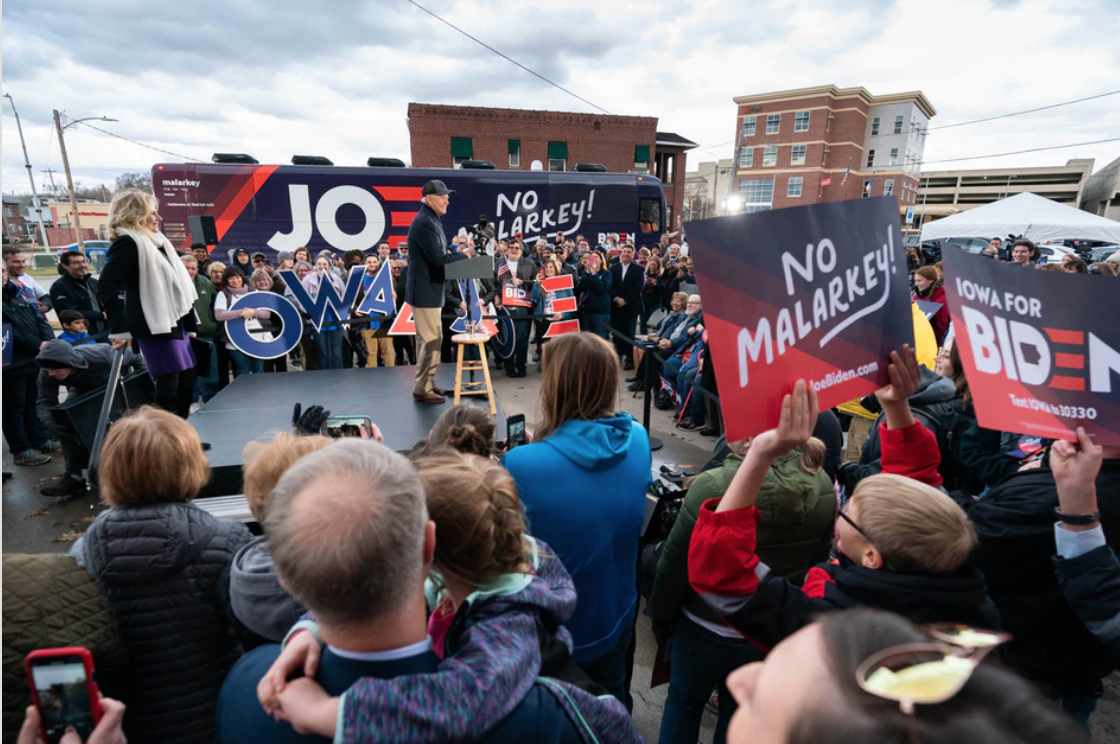 Biden Volunteers Threaten to Reduce Canvassing From 0.6x to 0.4x/month if Sanders is Nominee

MASON CITY, IOWA – Volunteers for Joe Biden, gathered at a campaign event in a supporter’s living room Sunday night, angrily chastised the left wing of their party and made vague threats if Bernie Sanders or Elizabeth Warren ultimately wins the Democratic Nomination.

“If Warren is the nominee, I will seriously consider thinking about not voting enthusiastically,” said Theo Hypoch, 72, a retired paper supply executive, who had already attempted to call three voters so far. “and I am not coming out volunteering! This is the first and last time! What do I press to make this thing call, by the way?”

The many Biden supporters, who numbered four by mid-afternoon, jostled to tell the interviewer how they planned to reduce canvassing from 0.6 times per month to 0.4 times per month if it’s on behalf of Warren or Sanders.

“I gotta tell ya! He can’t win!” said Christy Tidings, 67, an Iowa native. “Joe says ‘no malarkey,’ but Bernie says the very scary ‘R’ word. I will have to seriously consider not doing half my one packet in late October. Who will sign petitions for him to beat Trump then?!”

Asked if she would canvass the following today, on Caucus day, Ms. Tidings said “I can’t, Deborah, my neighbor’s mother’s friend’s daughter-in-law is in the hospital with chemo. She’s been throwing up a lot. The smell is awful, let me give you more details about it – no wait! Don’t ask anyone else, I have more information to share. She said she doesn’t like the hospital food. Sometimes she orders delivery from Pasta Bella’s, but they always forget the red pepper. So I bring her red pepper. After lunch? No, I can’t do that. Bob’s funeral is on Saturday. He was so young, only 74. He and I saw Jack Kennedy speak in 1960 here in Iowa. We were so sad when he was shot. But Malcolm X got what was coming to him! Canvass later this afternoon? No, I already canvassed this month. And I joined the Woman’s March with a big sign and put it on Facebook. I even went to the party meeting in December. I’m telling all my friends on Facebook what Bill Maher said on his show the other day. I have three likes already. I’m a liberal! But if Bernie is the nominee, I don’t know if I can support him as half-heartedly!”

Phil Ochs contributed to this report. He can be reached at [email protected]