WASHINGTON – Congressional Democrats aiming to pass the ‘Build Back Better’ Reconciliation bill, which contains virtually the entire agenda of President Biden and contains roughly $3.5 trillion in new spending, are in troubling waters. 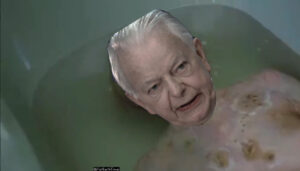 This arcane procedure calls for the bill to take an actual bath with deceased US Senator Robert Byrd, a Democrat who represented West Virginia.

“I really don’t envy them,” said retired Senate Majority Leader Tom Daschle, a veteran of the Senate who served until 2005. “In my day it wasn’t so bad. Senator Byrd regularly showered, and often took care of things himself.”

But Senator Byrd passed away in 2010, three months after passage of the Affordable Care Act, bringing Congress to a virtual standstill in the decade since as senators avoided his decaying corpse.

Some Senators, however, are more optimistic about the procedure.

Governor Jim Justice contributed to this report. He can be reached at [email protected]