CINCINNATTI – “I’m TIRED of them telling me not to vote against my own interests!” stammered Jerry Lee Pickett, a welder from Springdale, Ohio.  He was referring to the Emmys, Grammys, and now the 90th Academy Awards show, which he’d chosen to watch between reruns of Duck Dynasty.

“They just don’t understand average joes like me!” he said, sitting there choosing to continue the activity of watching the show.

The 90th Academy Awards disseminated messages love, art, and female and minority empowerment throughout the night. 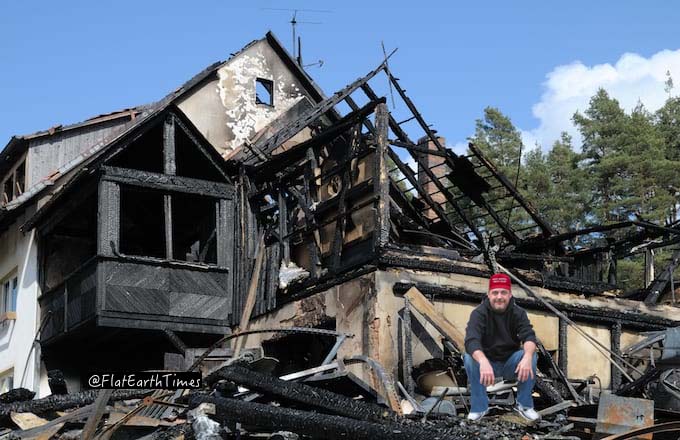 “He said he’d be positive then he makes a joke about Trump!  That makes me angry!  I gotta spite some liberals…  I know!  I’ll stop buying school supplies for my kids!  I’ll demand the school board lower their teachers’ pay!”

As his children began sniffling, Mr. Pickett became further irritated by the actors and others who spoke about the #MeToo Movement as something automatically empowering to all women.

“Wasn’t it Hollywood abusing people?” he ranted angrily, watching Ashley Judd, Salma Hayek and Annabella Sciorra, three victims of Harvey Weinstein’s abuses, introducing a segment. “Literally every single person in Hollywood automatically represents the same entity – to me. Those VICTIMS should be apologizing to ME!”

Mr. Pickett responded to this segment by forcing his family to watch as he threw all their electronics, books, and furniture out onto the lawn and stomped, chopped, and fire-blasted them for fifteen minutes.

Then he re-entered the house, sat on the floor with his crying children and gaunt-faced wife, laughing at how bad a job those liberals were doing in improving his life, and watched a musical performance by Common and Andra Day of the Oscar-nominated “Stand Up For Something.”

The liberal tones of accepting people’s differences were too much for Mr. Pickett, who doused his home in gasoline and burned it to the ground, telling his family it’s because “liberals don’t understand America.”

When Mr. Pickett was done kicking the flaming embers of his house, he sat down next to his sobbing family, a smug, satisfied look on his face.

“Take THAT Jimmy Kimmel!” he said, wiping ash onto his forehead.

A fun-house mirror clown contributed to this report. He can be reached at theflatearthtimes@gmail.com