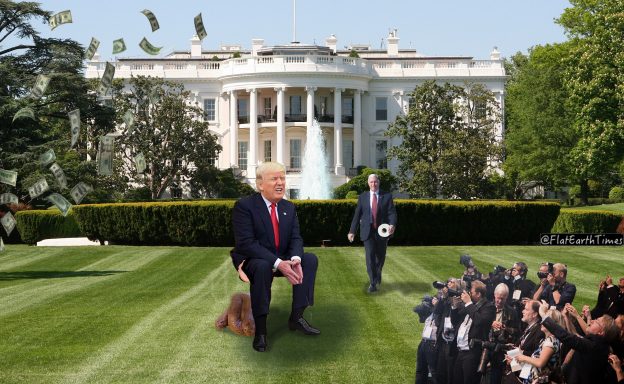 WASHINGTON – President Trump, eager to avoid or win a trade war he began with China, this morning took the unusual step of having a bowel movement on the South Lawn of the White House.

During a live phone interview with CNN’s Blake Topper, President Trump’s economic advisor Peter Navarro was asked about the numerous analyses that suggest a trade war could torpedo the global economy.  Why, he asked, was Trump pressing on with his assaults on free trade?

“Didn’t you see that army of immigrants getting ready to invade?” responded Navarro. “China is invading us through Mexico! We need tariffs!” Topper asked once more about the damage from a possible trade war, at which point CNN’s cameras cut him off.

President Trump was then seen sprinting haphazardly onto the South Lawn, dropping his pants, and initiating a robust bowel movement in front of hundreds of bewildered reporters and tourists. 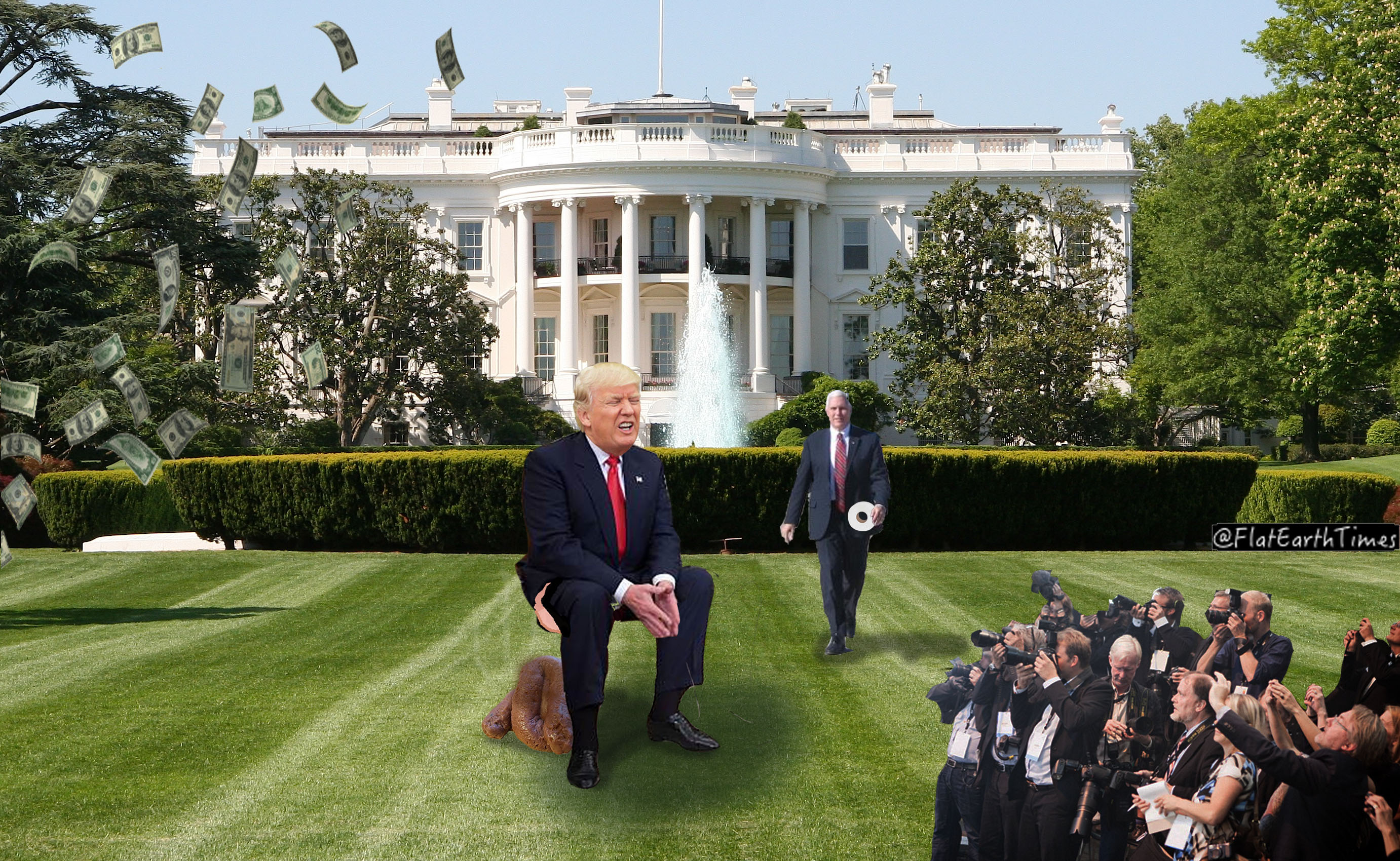 “The Fake News Media has nothing but lies to report on how, oohh, beautiful, yeah…. We’re making America great again!” he was heard saying, gyrating and resting on his forearms as he continued his bowel movement. Motioning to Vice President Mike Pence behind him for toilet paper, he added, “Amazon killed the mailman’s children, and everyone knows it.”

Some Conservative pundits came to the president’s defense.

“Trump is showing that we’re not going to deal with any more crap from poor immigrants seeking refuge,” said Sean Hannity on his Fox News program that day. “Nor from the Deep State Post Office.”

The President’s raging trade war with China has seen tit-for-tat tariffs reaching all kinds of American exports, including wine, beef, and clothes. While for now it is devastating Wall Street, many on Main street are worried the damage could come to them. Some of these people were on hand to witness the President’s bowel movement.

“I can’t believe he’s pooping on the lawn!” said Tammy Gordon, a market analyst for Driscoll Fruits, when asked if President Trump’s trade war could risk her job. “Oh, and did you hear about Stormy Daniels?”

When asked by a reporter as he walked back to the White House why he’s only heeding the advice of such obscure and unknown economic advisors like Peter Navarro, President Trump turned back and promptly suggested his feces “are the only shithole natives allowed over my wall.”

A passing butterfly contributed to this report. It can be reached at theflatearthtimes@gmail.com