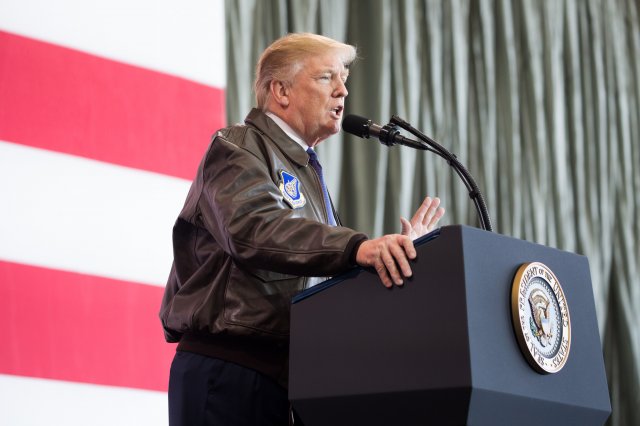 John McCain’s Zombie Should Have Thanked Trump for a Funeral

Deceased Arizona Senator John McCain was brought back into the national conversation today by President Trump.  The President disparaged the Vietnam War Veteran and 2008 Republican Presidential nominee in comments made at a tank factory in Lima, Ohio, saying he gave Mr. McCain “the funeral he wanted, and I didn’t get ‘thank you.’” President Trump used mean words, but he was right – Senator McCain should have risen from the dead and thanked the President for his generosity, his reserve, and his kindness in not creating a massive international spectacle of blasphemy out of his passing.

Consider the kindness of President Trump. After Senator McCain’s death, President Trump did not posthumously revoke his status as a veteran and bearer of the Silver Star Medal, two Legions of Merit, the Distinguished Flying Cross, three Bronze Star Medals, and two Purple Heart Medals, and strip him of all his ranks and military pension and dishonorably discharge him, as is the President’s right and privilege, and as he very well should have done. And Senator McCain never got out of his ivory coffin to thank his president for not doing so.

President Trump went above and beyond the call of duty for Mr. McCain without any appreciation. He even honored this dead war hero’s dying wish and stayed home during Mr. McCain’s funeral, skipping his plans to spend hours carefully crafting the appropriate words to eulogize Mr. McCain. Instead of seizing this opportunity to show up unannounced and force his way to the podium, to make the story of Senator McCain’s death all about himself, which was his right and privilege and which he should have done, President Trump graciously stayed home, where he pursued his presidential duties of getting four under par and tweeting about the fake Steele Dossier.  And Senator McCain did not snap out of his lazy rigamortis to say even one word of gratitude.

The President showed spectacular reserve in not desecrating the sacred occasion of Mr. McCain’s death. Not once did he approach Mr. McCain’s widow or children and attempt to grab their pussies. He didn’t even seriously ponder the idea of ordering the Navy to dump Mr. McCain’s body at sea like they did to Bin Laden, let alone spitting on his corpse first, which was his right and privilege and which he should have done. And “Senator” McCain never rose from his coffin to thank his blessed “president.”

Some would say that Mr. McCain couldn’t have thanked the president because he was literally dead, and moreover that he shouldn’t have thanked him because he owed our asshole of a president less than nothing. Well you know what?  That’s an excuse, and he’s only excused because he’s dead; I like Republicans who aren’t dead.  So you can pick one of those points for me to make a one-sentence thought-terminating cliché dismissal of, and ignore the rest.

Senator McCain was always out for himself. While the President worked hard to inherit a billion dollars from his father, Senator McCain was out selfishly getting tortured in Vietnam for personal glory. And not once while his captors pried away at his already broken arms, as he lay in a stunted cage in his own feces, did the future senator stop screaming in pain to thank the future president for his sacrifices. He couldn’t thank the president for not ruining his funeral, for not raping and torturing his surviving family, or for not desecrating his corpse, so why would he even imagine thanking the president for what he does regarding others?  Even his last act was selfish, just dying and taking away the spotlight from the president. As in life, so in death.

Rest in peace, Senator McCain. Where you’ve gone, there are no more thank you’s to give, and you’ll never have to see the president’s face again.  I hope you’re happy.