Some of you may wonder where the hell I have been for the past year or so, most of you don’t give a shit. Needless to say, this is the first time I have access to a VPN, so this may be my only chance to communicate to the outside world for awhile.

I don’t care if you already took a BuzzFeed break for Rebecca Martinson.  “The 35 cutest (insert animal) wearing (insert clothing/accessory) on (insert social media channel)” article can wait for you to read my tale of tragedy and triumph. Yes, instead of whining about another Hollywood back-alley abortion, I am going to fill you in on what has happened in my life since my last review.

In an attempt to patch things up with my bitch devil wife, I bought two plane tickets for us to go to Beijing. Far from a sun soaked beach in Puerto Rico, My wife insisted that Beijing was the “spiritual epicenter” to continue her lukewarm attempts at meditation and veganism.  Honestly it would take a lifetime supply of Prozac to swallow her logical fallacies, but I needed that for the overnight flight. 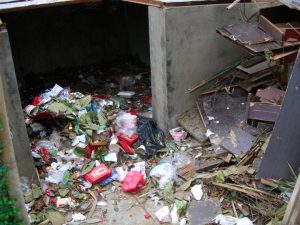 From the minute we stepped off the plane, we were trudging through dense smog which smelt like cigarettes, sewage water and “Chou Doufu,” the stinky tofu whose stench could only be understood by someone living in China, peddlers with knockoff bags, and half an inch of condensed mucus. Every hostel had bugs, at least every one that I was willing to pay for. And the restaurants didn’t seem interested in clearing their food of bones or bullets before serving it.

As we pushed and shoved through the mindless herds to witness China’s “natural beauty”, I couldn’t help but describe my spiritual awakening to little miss religious studies 101.  But she acted like I was belittling and condescending to everyone.  What a tribal hippie cunt.  You know who else is a tribal hippie cunt? Anyone who ever posts Instagram photos of their Cherokee Hair Tampons. They need to be punted.

After 72 hours of the harsh realities of China living, my wife and I grabbed the next flight home. But when I say “she and I” I mean she and my passport, wallet and cell phone.

Yes, my wife stranded me in China.

Two hours of screaming and a fifth of Jack later, I was able to calm down and grab a local prostitute to reenact a beloved American Psycho scene. I can’t quite explain what I did to her because I think even China would have laws against it. However, I will tell you that she responded to Sabrina, and only to Sabrina, the entire evening.

Strapped for cash, I kicked Sabrina out of the hostel and quickly found the job that every single foreigner has in China: English teacher. It’s a fairly easy job and pays well enough to support my newfound bootleg DVD and Baijiu addictions. Through the course of this new experience, I feel I have began to understand Chinese culture better.

In one of my private tutoring sessions, I backhanded a child for coughing without covering his mouth. Some may think my tactics are extreme, but those people don’t realize only the extreme survive. I spent the rest of the hour teaching him how to say, “My teacher bitch-slapped me.” 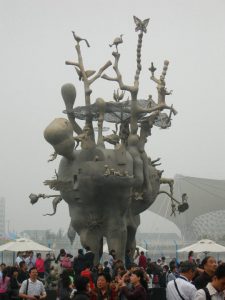 When his father came to pick him up, the boy recited to him in perfect English, “Hello father, my teacher bitch-slapped me!” The father’s face lit up and displayed a tremendous smile. As he walked away with his child, he continued to thank me and even tipped me extra.  Waiters and waitresses aren’t even tipped in China. I still tutor the child, and to this day I still find myself wondering if the father was proud for his child’s improved pronunciation or happy because I smacked his kid.

They say travelling makes us better citizens, because we learn better and more efficient ways of doing things. And since coming to China, I’ve learned we Americans are allowing the mutilation of our language. We give too much leniency towards half-assed English pronunciation.

In China, there is no room for error.

Obviously tones and vowels can change the meaning of a word, however, is that an excuse to forego common sense? If I, a foreigner, am asking for a bottle of scotch, and I am saying the correct words, but with the wrong pronunciation, shouldn’t it be a little obvious of my intent? Is it such a quantum leap?

It is in China, too great even for them to figure out. They will not acknowledge me if my pronunciation isn’t perfect. And it’s time for US citizens to form a united front against broken English.

So, this is what I propose: If we hear incorrect pronunciation, we shall not acknowledge the existence of the word. Let’s see how outsiders feel when “herro” just won’t cut it anymore.

And before you readers comment about how ignorant, racist and obnoxious I am, this unified front includes all the stupid accents we have within the US as well. Car is spelt C-A-R. Notice how the correct spelling has an R. I don’t care where you grew up or what part of life you are compensating for.  We all learned the alphabet, we all took part in the great American education system, now it’s time to embrace it and take the goddamn marbles out of your mouth.

I would continue, but I’d rather catch up on China’s version of “The Big Bang Theory” while I still have a working VPN. I will reach out when I can and continue to piss and moan about life in China. It will be shameless, grotesque and unfiltered. So if you’d rather continue your BuzzFeed article, fuck you. And an especially big fuck you to my bitch devil wife. Cheers.

Frank Mayo is a 2005 graduate of Syrit College. He can be reached at sniffthismuffdiver@yahoo.com or on Twitter @TheFrankMayo